Last poem was addressed to Atthis, this one… to Gongyla? Depends on what version of the text you take. I have a long story behind this poem, which I have no time to tidy up and set into English, so this is another WIP-spoiler critical note poem, surrounded by what I wrote far later, on 3-4 April 2018. There are also some mysteries on the sources. The sum-up is that Edmonds clearly had only P.Oxy;. 1231 fr. 15, Campbell also seems to have had only that (and fr. 12 which will be addressed in another post), but in reality the fact he reads more suggests he used another scrap, possibly a P.Oxy. 2166(a) fragment, which I cannot find anything about online. Except P.Oxy. 2166(a) is from higher up in the column, so it's just Lobel-Page reading extra stuff on fr. 15 and Campbell following suit. A couple letters seem to have completely revolutionized the interpretation and restoration of the poem, but in fact, as will be seen below, the real problem is, in most cases, who the addressee is, and only in l. 7 do the extra letters alone matter a lot. What I present below are the vulgate version set to music by Greek songwriter Manos Khatzidakis (version 1), which only uses P.Oxy. 1231, and Campbell's version, which I initially rejected since I couldn't make sense of it. Edmonds has yet another version. The meter is Sapphic stanzas, which is rendered the usual way. Let's get to it!

More wild variations in a text, eh? Yeah, and with even more mysteries. But let us first leave the spoiler with the old critical note, and then proceed with the history of the text of this poem, and what I did about it back in the days.

«distract mid-14c., “to draw asunder or apart, to turn aside” (literal and figurative), from L. dis-tractus, pp. of distrahere “draw in different directions”, from dis- “away” (see dis-) + trahere “to draw” (see tract (1)). Sense of “to throw into a state of mind in which one knows not how to act” is from 1580s. Related: Distracted; distracting; distractedly; distrac-tedness.

distraught
late 14c., alteration of earlier distract (perhaps by association with other pp. forms in -ght, such as caught, bought, brought), mid-14c., pp. of distracten “derange the intellect of, drive mad” (see distract)»,

With that being said, let's look into the history of this poem. In 1914, the 10th volume of the Oxyrhynchus Papyri was published. It contained P.Oxy. 1231 fr. 15, the only (or almost - see below) source for this poem. Starting from that volume's transcription, Edmonds produced his own restoration, which was published in Edmonds' 1922 edition of Sappho. W-M had previously "recognized" this was addressed to Gongyla, and that was what got into Edmonds' text. As time passed, another addressee presented itself. In 1951, Lobel published volume 21 of the Oxyrhynchus Papyri, where P.Oxy. 2299 fr. 10(b) was: 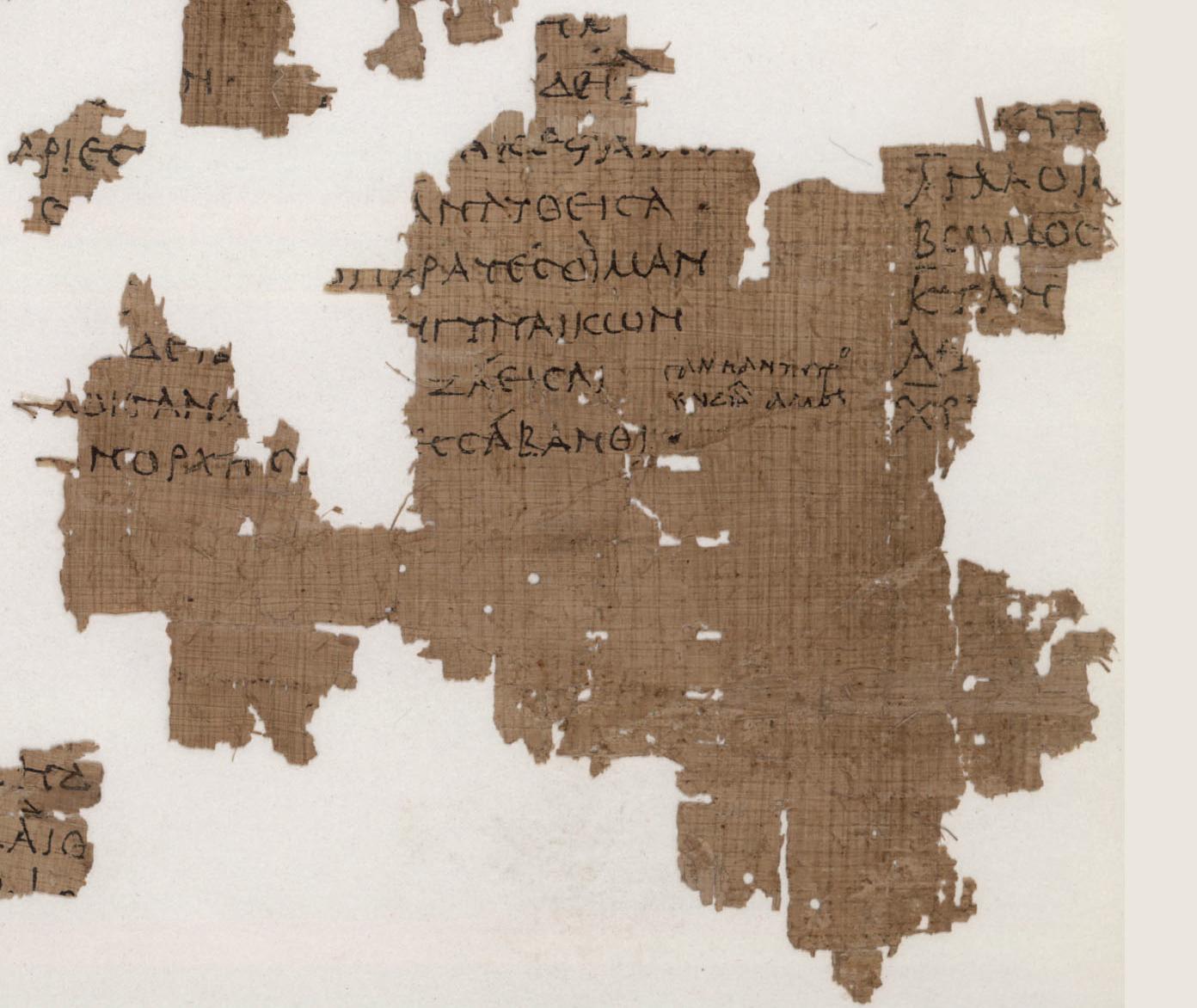 So now the time has come to play a fun little game called "Effects of the Addressee". The game is simple: let us choose who this poem is addressed to, and see what consequences this has on the text. We have two options: Abanthis or Gongyla.
The last thing I want to discuss is what the perfect imperative actually is. I asked for usage examples here, and the answerer stated that «Perfect: the act is envisaged as being done once and for all, i.e. with permanent effect. “Fix it so that it stays fixed, got that?”». This more or less confirmed the idea I had from Idk where (probably a now-deleted comment here, I suspect) that it meant "Do this (and make it stay done)" or "Make this stay done", as the example from the Iliad I gave in the Quora question seems to hint at. So in this case, it would mean "appear (before me) once and for all (so that I can see you and be distraught by your lovely milky dress)".
Oh and finally, lots of googling and Wikipediaing got me to finding out about Wilamowitz's perfect imperative proposal, as illustrated here, but I could have found the answer in Voigt immediately. However, this way I am more certain that the perfect imperative actually got to the music version starting from Wilamowitz, and not some other proposer, since Lekatsas definitely got it from Wilamowitz, as his own apparatus criticus clearly states.
Posted by Michele Gorini at 13:52

Michele Gorini
I have always had a passion for languages, studying them as a hobby in my spare time. On the studying road, and also in school, I have met various works of art in various languages: from Latin and Ancient Greek poetry to modern Mandarin (and other Chinese dialects) songs. I have made several translations of such works, which usually (almost always, in fact) attempt to keep the meter or tune of the original. I started this blog to share these translations. More info on how the translations came about here. Blog index here.

My academic career goes in a completely different direction: I study Maths at University, as my second blog illustrates.